Important information of the Cenotes

In the peninsula Yucatán you find a great concentration of Cenotes. However, they also exist in other parts of the world. In this article and on this website, we focus exclusively on Mexican Cenotes. It is estimated that there are 3,000 to more than 7,000 Cenotes in Mexico.

The word “cenote” comes from the Mayan word “dz’onot” and means hole in the ground filled with water. For the Maya the Cenotes were an important sweet water source and spiritual place which is why you can find at least one cenote next to eachMaya ruin. For the Maya, they also represented the entrance to the underworld, thus, jewelry, ceremonial utensils and bones were found at the bottom of some Cenotes. These artefacts probably sank after (human) sacrifices.

The formation of Cenotes lasted millions of years, which is reflected in their structures and marine fossils found on some grounds.

The soil dissolves through rain causing porous surfaces which enhance the filtration of the water and thus forming an underground flow system and caves. Where the ceiling or walls break a natural entrance to the cenote is created - open, semi open and caves - as we know them nowadays. As the Cenotes are often the only source for sweet water in the region, a special fauna has been formed respecting plants and animals.

Additionally, the Cenotes of the whole peninsula Yucatan as well as the sea are interconnected through a subterranean flow system According to estimations made in 2013, this water system has a total length of 1,000 km in the federal state Quintana Roo alone.

Thus, this system contributes to the irrigation of the tropical forest of the whole area, which subsists despite long periods of drought.

Today, the Cenotes are touristic attractions which are maintained and protected by their owner. The sizes of the Cenotes varies and may measure up to some dozen meter diameter. Although their depth is 15m at some parts they can reach up to 100m depth. Especially for divers they are a special attraction as they offer the possibility of seeing the light incidence in the crystal-clear water which appears like laser beams and their distinct ground formations.

Its beauty, history and system make the Mexican Cenotes a unique touristic destiny. 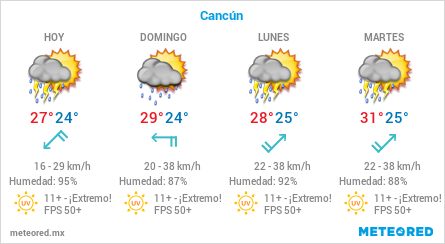 We work to update the information, help us by sharing your experience.